A bartender wearing a face mask and gloves checks a patron’s ID at Under the Volcano in Houston, Texas, last month. Texas is one of the states seeing a big uptick in coronavirus cases and hospitalizations. A bartender wearing a face mask and gloves checks a patron’s ID at Under the Volcano in Houston, Texas, last month. Texas is one of the states seeing a big uptick in coronavirus cases and hospitalizations.

About 120,000 Americans have now died from the coronavirus.

While the national number of daily deaths has declined in recent weeks, new confirmed cases are on the rise in almost half the country, including spikes in Florida, Texas and Arizona, where the president is headed Tuesday.

“We saved millions of lives, and now it’s time to open up,” President Trump said definitively Saturday night during his campaign rally in Tulsa, Okla.

Trump’s referring to an earlier estimate that found there could be up to 2.2 million deaths if the country did nothing to contain the outbreak. But he spent months downplaying the virus when health experts were imploring more action sooner. And those experts are now warning it’s not time to act as if the pandemic is over.

“[T]hat’s why I think you’re seeing right now increases in a number of states, because everybody’s back to a pre-pandemic mindset,” Michael Osterholm, director for the Center for Infectious Disease Research and Policy at the University of Minnesota and author of Deadliest Enemy: Our War Against Killer Germs, said on NBC’s Meet the Press Sunday. He warned that the coronavirus is like a “forest fire” that is showing no signs of slowing down.

Early on, the pandemic was largely affecting “blue,” or Democratic-leaning areas, especially New York, but now most new cases are in the South and redder parts of the country. The Trump administration and some Republican governors have been blaming increased testing for the rise in cases, but in many places cases are increasing more than testing — and that certainly doesn’t explain away rising hospitalizations in places like Texas.

The campaign of presumptive Democratic nominee Joe Biden is making competence a core part of its argument against Trump, and it hit him again for it because of other remarks he made Saturday night.

“When you do testing to that extent, you are gonna find more people, you’re gonna find more cases,” Trump said. “So I said to my people, ‘Slow the testing down, please.’ They test and they test. We have tests that people don’t know what’s going on.”

The White House says he was being “tongue in cheek,” but Trump has repeatedly said testing makes the United States look bad by, in his view, increasing the number of reported cases. A Democratic group has already cut an ad centering on his remarks.

It will be key to watch political reaction on the right if cases and hospitalizations continue to rise in these parts of the country, as things like wearing masks — something the president initially encouraged Americans to do — have become politicized.

So far, though, Trump’s power of persuasion with his base continues to outweigh the coronavirus’s shift toward Red America.

5 things to watch this week 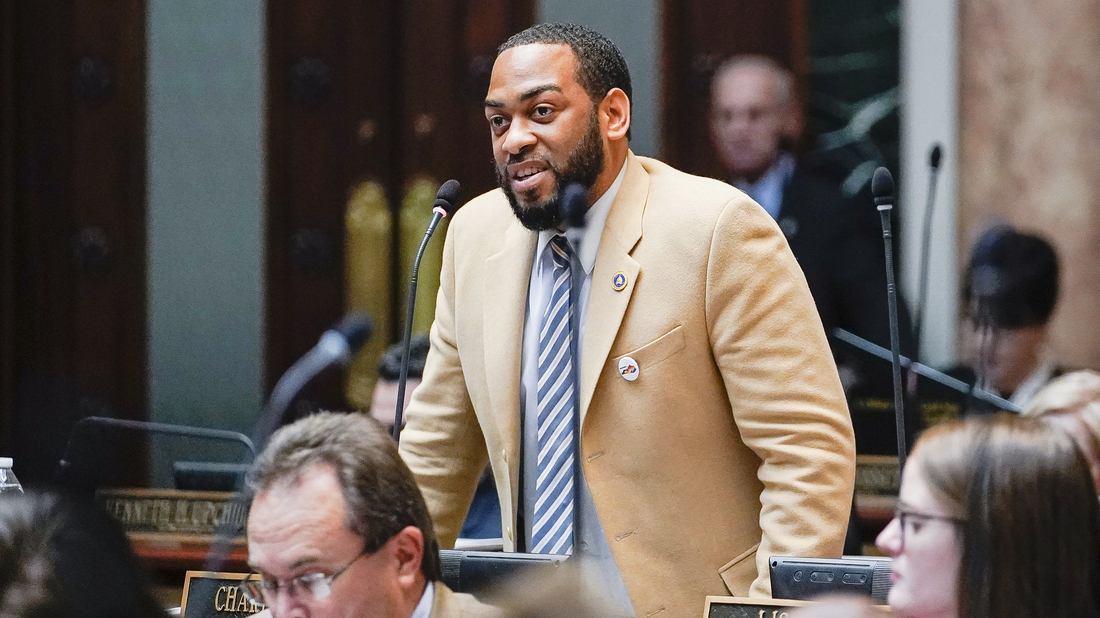 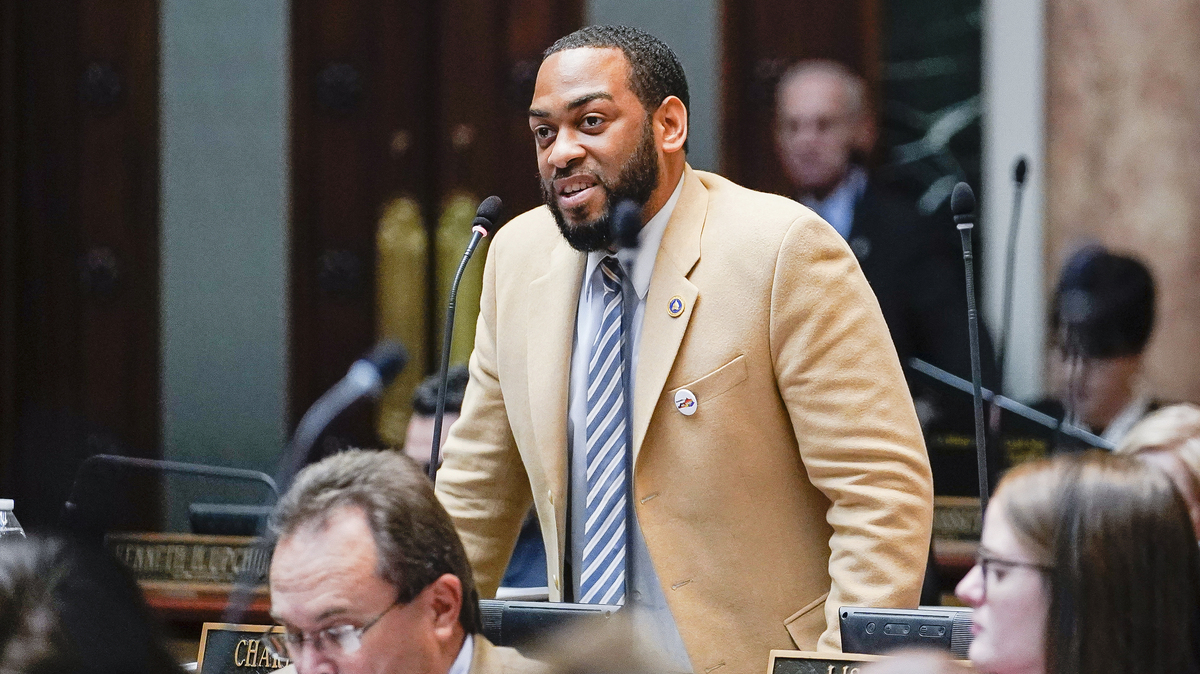 In Kentucky, the race between the two Democrats vying for the right to take on Republican Senate Majority Leader Mitch McConnell is coming down to the wire. State Rep. Charles Booker has all the momentum and progressive backing over Amy McGrath, a retired Marine Corps fighter pilot who has all the money and the party endorsement, but also lost a congressional race in the 2018 Democratic wave.

Either faces in an uphill battle in a general election against McConnell in Kentucky, but a new video from Booker encapsulates a lot of the messages Democrats are trying to push nationally about working-class economics, protests and Black Lives Matter.

In New York, pay attention to progressives going after establishment Democrats, especially in the race between longtime Rep. Eliot Engel and Jamaal Bowman, a former Bronx principal who’s won the endorsements of Sen. Bernie Sanders and Rep. Alexandria Ocasio-Cortez. Missteps from Engel, who last faced a competitive primary 20 years ago, opened the door for Bowman, who’s raised $2 million and is surging.

2. Battleground Arizona, Wisconsin: Speaking of elections, Trump heads to Yuma, Ariz., Tuesday to survey part of the border fence with Mexico before heading to Phoenix. Vice President Pence, meanwhile, will be in Wisconsin. It’s no coincidence that they’re heading to those places amid the president’s slipping poll numbers. Wisconsin and Arizona could very well be tipping-point states this November.

3. Hearing on DOJ independence Wednesday: Like something out of an episode of Showtime’s Billions, Attorney General William Barr announced the resignation of Geoffrey Berman, the U.S. attorney for the Southern District of New York in Manhattan last week. Problem: Berman, who has been investigating people close to Trump, said he didn’t resign. Barr later said in a statement that Berman had “chosen public spectacle over public service” and asked Trump to intervene and fire him. Trump did, but added, “[T]hat’s really up to him [Barr]. I’m not involved.”

And now Congress is involved to investigate it all.

House Judiciary Committee Chairman Jerry Nadler, D-N.Y., is promising to try and secure Berman’s testimony. “The whole thing smacks of corruption and incompetence, which is what we have come to expect from this President and his Attorney General,” Nadler said in a statement. Nadler was already slated to hold a meeting Wednesday with two whistleblowers on political interference at the Department of Justice.

4. Votes on police reform on Capitol Hill expected: The Senate will debate, and possibly vote on, police reform. There’s a key procedural vote scheduled for Wednesday. On Thursday, the House is expected to pass the Democratic police reform bill mostly along party lines. You wonder how many people are tuning into politics for the first time and watching the meat grinder of Congress work and what their impressions are — do they turn away, thinking politics is futile and not a great way to effect change, or does it make them more likely to vote?

5. Trump’s immigration executive order: Following his administration’s loss over the DACA program, Deferred Action for Childhood Arrivals, at the Supreme Court last week, President Trump is expected to sign an executive order suspending temporary work visas through the end of the year, NPR’s Franco Ordoñez reports. The suspensions are expected to include visas that affect skilled workers like in the tech industry (H-1B), executives at large corporations (L-1), season workers like hotel and construction workers (H-2B) and research scholars and professors (J-1).

Quote of the weekend

“I said, ‘General, there’s no way I can make it down that ramp without falling on my ass, general.’ ”

— Trump during his Tulsa rally Saturday, delivering a defense of his walking down a ramp at West Point. The president noted he had leather-soled shoes on and didn’t want to fall like former President Gerald Ford coming out of the airplane.

Trump went on a long tangent to discuss and, at times, reenact, his gingerly walking down the ramp and questions raised about his using a second hand to drink water. He said he didn’t want to get any on his tie. Philip Bump at The Washington Post found Trump spent one out of every eight minutes of his Tulsa speech talking about West Point, or 14 minutes and 53 seconds of a one-hour-and-43-minute speech.

More businesses in Ghana and Kenya sign up for free solar leases-Ghanatoday.net