When Harry Britt was appointed to replace the assassinated Harvey Milk on San Francisco’s Board of Supervisors in 1979, he never tried to be the same type of charismatic gay leader as his friend and mentor.

But during his 14 years on the board, Britt, who died Wednesday at the age of 82, helped to solidly entrench the gay and progressive communities into the mainstream of the city’s politics, pushing issues and leading causes that resonated across a changing state and country.

“Harry Britt was a pioneer in the LGBTQ community’s entry into electoral politics,” said San Francisco Democratic state Sen. Scott Wiener. “He deeply understood that while our allies are essential, we must have our own seat at the table. Harry helped create political space for people like me to serve in elected office.”

Britt, a one-time Methodist minister, authored the nation’s first comprehensive domestic partners legislation in 1982 and fought for more than a decade before it was finally approved in San Francisco. But beyond his signature support for gay rights and the fight against the AIDS epidemic, Britt was also at the forefront of battles for expanding rent control, increasing civilian oversight of the police and limiting downtown growth.

“The good thing about this job is human beings working together on stuff that is important to them — and winning some of the time,” he told supporters when he left the Board of Supervisors in 1993.

“Harry was progressive before the word became vogue,” said Sen. Dianne Feinstein, who as mayor appointed Britt to the board. “He was a powerful advocate for the gay community who never took no for an answer. Strong, passionate advocates like Harry have done so much for San Francisco and the country, and I’m glad to have known him.”

But Britt, a longtime member of Democratic Socialists of America, was an unabashed progressive, which often set him at odds with more moderate politicians like Feinstein, future House Speaker Nancy Pelosi and many members of what was a much more conservative Board of Supervisors than the one today.

“Almost everything he does makes me mad,” Lee Dolson, who was on the board with Britt, told The Chronicle in 1987.

Britt’s attempts to allow domestic partners of city workers to collect fringe benefits and to expand rent control to vacant apartments were vetoed by Feinstein, leading him to say in 1988 that “it’s been very frustrating for me to be in office all these years and have a mayor who kept putting up obstacles.” 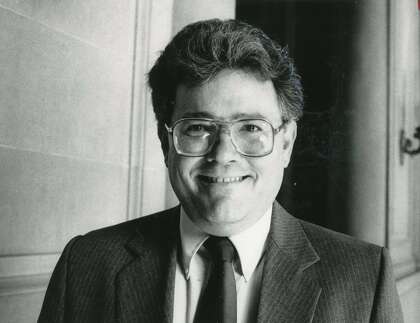 But that didn’t stop Britt from trying, even if it made him more political enemies.

When Democratic Rep. Sala Burton died in 1987, Britt ran for her seat in Congress — even though, on her deathbed, Burton had endorsed Pelosi, a wealthy Democratic Party leader who had never run for office.

In an argument that would have flummoxed Republicans who years later would attack Pelosi as the leader of the socialist left, Britt argued that Pelosi would be a tool of the rich and powerful, and someone far too conservative for San Francisco.

“I plan to push issues like peace and AIDS to the edge,” he said. “I want to have the most progressive agenda in the Democratic Party — not one for socialites.”

Britt ran a strong campaign, picking up endorsements from the Sierra Club, the firefighters union and the Service Employees International Union, which represents city workers. But Pelosi won the Democratic primary, 36% to 32%, and went on to win the seat in the general election.

Britt “was a leader who carried forth the mission of Harvey Milk while building his own beautiful legacy of progress for all people in our city,” Pelosi said Wednesday. “Harry’s courageous leadership made a difference, as he worked tirelessly to lift up LGBTQ representation in politics and ensure that more LGBTQ Americans could take their seat at the decision-making table.”

Britt was born June 8, 1938, and grew up in Port Arthur, Texas. A graduate of Duke University, he married the daughter of a Methodist minister, studied theology at Southern Methodist University in Dallas and the University of Chicago, and was an ordained minister who served in two churches in Chicago.

But that all changed dramatically.

“The year I turned 30 —1968 — was a disaster,” Britt told The Chronicle in 1988. “I was divorced, I left the church, I was smoking four packs of cigarettes a day and I was a very unhappy, frustrated person. I found out 10 years later that I needed to acknowledge that I was gay.” 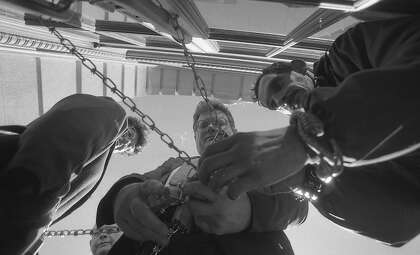 By 1975, Britt was openly gay and working with Milk on his campaigns for supervisor and other progressive causes, including the organization of the San Francisco Gay Democratic Club, later renamed the Harvey Milk LGBTQ Democratic Club, which remains a political power in the city.

Britt was working as a night auditor at the Miyako Hotel on Nov. 27, 1978, when former Supervisor Dan While shot and killed Milk and Mayor George Moscone in City Hall. In a tape recording found after his death, Milk named Britt as one of four people he recommended for the job. Feinstein appointed him to the board on Jan. 8, 1979.

The new job wasn’t the greatest fit, Britt admitted, who said he was dragged into politics “kicking and screaming.”

“I’m a lousy fundraiser, I hate publicness, I don’t get gratification from seeing my name in print,” he told The Chronicle in 1988. “I would have never in a zillion years have chosen this for a career.”

But he was good at it. In 1988, Britt was re-elected with the largest vote total of any supervisor, making him the board’s president for the next two years. It was an important milestone for the city’s gays and progressives.

“This was a good message to our (gay) community that the city respects gay people as leaders and contributors to our community,” Britt said at the time. “It means a lot to gay people in other parts of the country, too, where we are not so well integrated.”

Britt was an intellectual who was never comfortable with the glad-handing, back-slapping ways of the traditional politician — or even an untraditional one like Milk.

“It was like pulling teeth to get him to go out to political events,” said Tim Wolfred, a longtime friend of Britt’s who worked as his City Hall aide. “But he was a coalition builder,” bringing together labor and progressive groups with the gay community to boost their political clout.

“He loved to play the horses,” Wolfred said. “That was his biggest diversion,” using handicapping as an intellectual escape from the serious business of politics.

After leaving the Board of Supervisors, Britt went to work for New College of California, retiring when the college closed in 2008.

Britt’s later years were plagued by physical problems, many related to diabetes, Wolfred said. He entered Laguna Honda Hospital in September 2018 and died there Wednesday.

Because of the coronavirus restrictions, no plans have been set for a memorial service, Wolfred said, but there definitely will be one.

“There will be a memorial sometime in the future,” he said. “Harry was just too important a part of the city.”

Oil production in Ghana increases by 15% in 2019 - PIAC-Ghanatoday.net