Recently, a picture of Bollywood actor Akshay Kumar, along with 120 cast and crew members of his upcoming film Bell Bottom, went viral on the internet as the team returned to Mumbai on October 2. The Bell Bottom team wrapped the Scotland schedule and became the first film to finish the shoot during the pandemic. But, on the other side, the picture disappointed a section of netizens as the cast and crew of Bell Bottom was neither practicing social distancing nor wore a face mask while posing for the picture.

While criticising the team for not following the safety guidelines, such as social distancing and wearing a face mask, a user wrote, “This makes me think I’m probably hallucinating a pandemic” while another sarcastic comment read, “Nice to see everyone wearing a mask”. Another Instagram user poked fun and wrote, “May be I just woke up with a nightmare of a pandemic”. A section of fans also highlighted the importance of social distancing and wearing a mask. 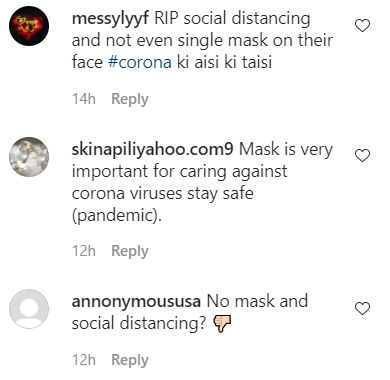 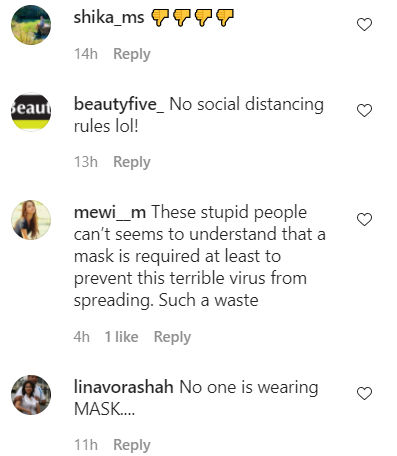 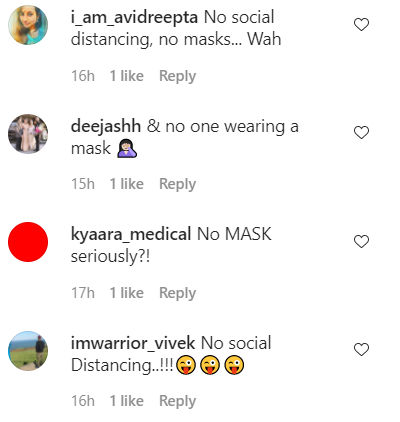 READ | Radhika Apte With Akshay Kumar Or With Ayushmann Khurrana, Which Pair Is Better?

Interestingly, Akshay Kumar recently wrapped up the shooting schedule of his upcoming spy thriller film in the UK. While announcing the wrap, Akshay shared a picture from an airport. In the picture, Kumar was seen posing with the leading lady Vaani Kapoor. Instagramming the photo, he wrote, “Mission accomplished! After a long but fruitful schedule, grateful to have shot and completed #Bellbottom during the pandemic! Now it’s time to head back.” Meanwhile, Pinkvilla has also reported that the makers have decided to launch the teaser of the film in the first week of October.

Directed by Ranjit Tiwari, the upcomer is based on the plane hijacks that took India by a storm in the early 1980s. Akshay will be seen playing the role of a RAW agent. Meanwhile, a few days back, the makers of the film shared a new poster of it.

READ | Akshay Kumar Wraps Up The Shooting For ‘Bell Bottom’, Says ‘it’s Time To Head Back’

Get the latest entertainment news from India & around the world. Now follow your favourite television celebs and telly updates. Republic World is your one-stop destination for trending Bollywood news. Tune in today to stay updated with all the latest news and headlines from the world of entertainment.

Key events from the fall of the Berlin Wall to German unity-Ghanatoday.net