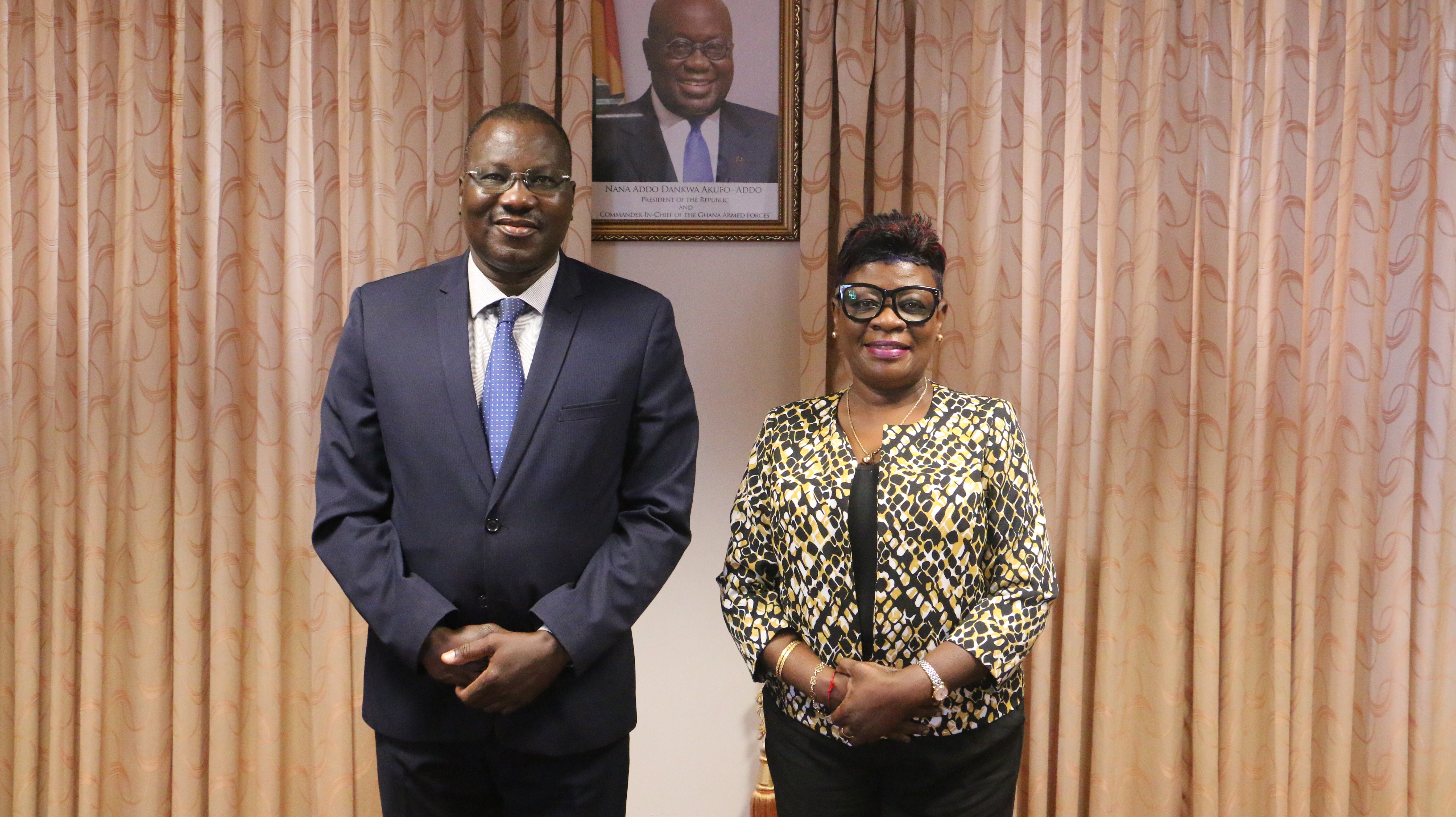 The Director General of the Burkina Shippers’ Council (CBC), Mr Erve Sebastien Ilboudo, has commended the Ghana Shippers’ Authority (GSA) for its commitment towards the promotion and facilitation of transit trade.

He expressed gratitude to the Chief Executive Officer (CEO) of GSA, Ms Benonita Bismarck, for her inspiring leadership in deepening collaboration with the CBC and other stakeholders in addressing concerns of transit shippers along the Ghana corridor.

Mr Ilboudo gave the commendation when he paid a courtesy call on the GSA on September 12, 2020 in Accra to introduce the new representative of the CBC in Ghana, Mr Jean Noël Kabore.

Mr Kabore is taking over from Mr Bationo Rakissiwende who served the Council for over four years in championing the cause of transit trade between Burkina Faso and Ghana.

For her part, the CEO thanked her sister Burkinabe counterpart for its continuous collaboration in facilitating trade between the two countries.

She, among others, commended Mr Bationo for the instrumental role he played in the signing of a Memoradum of Understanding (MoU) between the two organisations in 2018.

The MoU defines a bilateral cooperation between the two parties aimed at strengthening their roles in the promotion and implementation of policies geared towards the continued improvement of the efficiency of the transport chain between Ghana and Burkina Faso.

Ms Bismarck assured the visiting delegation of the GSA’s continuous support to the CBC in Ghana, particularly its new representative, in advancing the interest of transit shippers and stakeholders.

The GSA and CBC are members of the Union of African Shippers’ Councils (UASC). Formed in 1977, the UASC is the umbrella body of Shippers’ Councils in the West and Central African sub-regions with the aim of contributing to sub-regional economic integration policies, simplifying administrative formalities in international maritime traffic, among others.

Recognizing fake news is 'up to you'