‘We will give Ghana a new look’ 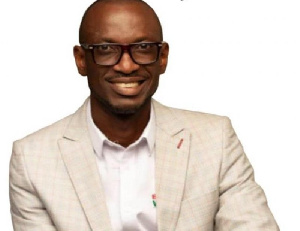 Emmanuel Wilson Jnr, is the National Campaign Manager of the People’s National Convention

He said the majority of Ghanaians are dissatisfied with the current state of affairs due to high rates of unemployment, insecurity, poor educational system, high levels of corruption, and low wages.

“If we look at each and every sector that makes up the economy of this country and we tell ourselves that we are not happy with it, then what it simply means is that the NDC and NPP have failed us,” he said.

In an interview with the Ghana News Agency (GNA) on Sunday, Mr Wilson disclosed that the Party, in the next few days, would launch its Manifesto, which would take care of every sector of the economy and, thus, address the challenges Ghanaians faced.

He indicated that youth employment, economic growth, fight against corruption, and reformation of the 1992 Constitution are the four driving forces of the PNC’s Manifesto for the 2020 general election.

“One of the things we realize is that our educational system, to a very large extent, produces or teaches us the theory and not really the practical. So a lot of our graduates leave school and they have no idea of entrepreneurship,” he said.

Mr Wilson said when in power, the PNC would review the educational system and make it practical-oriented to give the youth the skills needed to make them self-employed.

He said besides the educational reforms, the Party would, on yearly basis, identify 100 young entrepreneurs and coach them to grow their business ideas.

“Each of the 100 young entrepreneurs will be given a seed money of Ghc 100,000 cedis to invest in their business startups. The beneficiaries will be assisted to grow their enterprises so that each can also employ not less than 100 people.”

Wontumi reported to police over comments about Mahama’s daughter

Stakeholders express need for increases in tax on tobacco and alcohol-Ghanatoday.net

Stakeholders express need for increases in tax on tobacco and alcohol-Ghanatoday.net

Implementing the Insurance Act 2006 (Act 724): the benefits to importers in Ghana-Ghanatoday.net

ECOWAS leaders arrive in Ghana for consultative meeting on Mali-ghanatoday.net