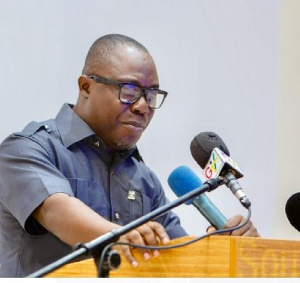 Professor Ransford Gyampo, a Senior Lecturer at the University of Ghana’s Political Science Department, has revealed that the absence of a credible platform for politicians to dialogue may cause political violence in the country than in previous elections.

According to him, the presence of an institutionalized dialogue platform for political parties allowed politicians to agree on the Code of Conduct that regulated party activities before, during, and after the conduct of elections.

This he adds helped in toning down tension and violence in the previous elections.

“We may witness some pockets of violence, even more than previous elections, because of the absence of a credible platform for political parties to dialogue on the need for them to ensure tolerance and the survival of multiparty democracy.

“In the days of the IEA-sponsored Ghana Political Parties Programme, the political parties themselves agreed on a Code of Conduct that regulated party activities before, during, and after the conduct of elections. Enforcement bodies of the Political Parties Code of Conduct were established at the national, regional, and district levels to oversee compliance with the provisions of the Code. Though the Code wasn’t legally binding, it nevertheless helped in toning down tension and violence in previous elections,” he told GhanaWeb in an interview.

However, the absence of the platform in this year’s elections, the mission to ensure violence-free elections may be Herculean, told GhanaWeb.

“With the collapse of the Ghana Political Parties Programme, and the lack of institutionalized dialogue platform for political parties, the quest to ensure violence-free elections may be Herculean.”

He added that it is time for eminent statesmen and other credible voices to act swiftly to feel the gap in getting a political leader to commence talking to themselves, this he believes will impede supporters from indulging in thuggery and violence.

He said “credible voices of reason and other eminent statesmen must take notice of the absence of a credible dialogue platform for political parties, and act swiftly to feel the lacuna in getting the political party leaders to commence talking to themselves. It is only when the party leaders talk to each other that they may be able to restrain their supporters from acts of thuggery and violence.

“The lack of credible dialogue platform for political parties is a national security threat that can be dealt with efficiently by key credible non-state actors. This explains why not everybody within the body politic of a transitional democracy, must do active partisan politics,” he said.

Prof Gyampo added that the earlier civil society and other credible opinion leaders “acknowledged their role in getting political party leaders to dialogue before the elections, the better for our quest to ensure violence-free elections”.

Gov't will use soldiers to intimidate people of Volta, others on Dec. 7

EC should have prosecuted disqualified Presidential aspirants in 2016 – Ben Ephson