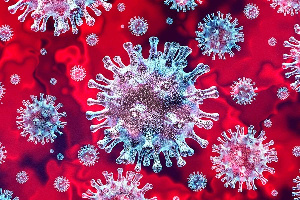 Some countries participate in this activity every six years, some four years, some every year and some not at all. Ever since the Greeks invented the democratic process in the 5th Century B.C, men have cast their votes in the search of a leader who will steer the affairs of the nation or the community. Accompanying this democratic process is elections, when the ordinary man can exercise his right to choose who he wants to represent him or lead the nation.

Almost naturally to the democratic process is the lobbying, campaigning and promises that accompany it. This goes hand in hand with exuberant, energetic and emotional rallies, tours, merrymaking, and if your candidate wins, jubilation. This is especially more so in Ghana where we support our political candidates with body and soul. However, it is accompanied by distress and anxiety before, during and after the election process irrespective of which side of the political divide you find yourself in. These experiences has further been enhanced by another unique ingredient in the mix, the ongoing Covid-19 pandemic.

The sources of the distress and anxiety varies from country to country however the theme remains basically the same with minor variations. In the just ended US elections, 56% of Americans identified the 2020 election process itself as a source of stress and this was due to issues on partisan politics, coronavirus, lockdown, economy, poverty, unemployment, civil unrest and the various conspiracy theories on TV and online. However, a recent Ghanaweb publication indicated that some electorates in the Korle Klottey Constituency were likely to vote based on social issues like healthcare, economics, education, road and water infrastructure rather than voting along party lines.

During the 2016 US elections, Steven Stosny PhD, noticed that some of his patients were getting distressed about the election cycle to the point were it was interfering with their personal lives. He subsequently coined the term “Election Stress Disorder” to define the anxiety, fear, irritability, insomnia, hyper-vigilance (about people and topics) and the fear of “missing” out of current news. A major cause of the “Election Stress Disorder” is the feeling of being out of control; Out of control of the narrative, information and events. Election Stress Disorder in susceptible people can lead to clinical anxiety and depression which may require treatment. The nature of the political discourse may influence the development of Election Stress Disorder. High stakes elections which can have long term and sometimes permanent impact on neighbourhoods, regions and states will have greater distress on the population. Negative information, direct personal attacks, effect on friendship and families on different sides of the political divide all contribute to the distress that some people may experience during the election cycle.

A survey done in the United States revealed that this year 68% of American identified the elections as a major source of stress and this cut across individuals with different political affiliations. Although we do not have current statistics in Ghana, the recent violent clash between two opposing political groups in the Jamestown area can be a barometer of the level of distress, irritability, and anxiety that people maybe experiencing. Another study done in the US noted an increase in anxiety, stress, and poor sleep the day of an election and the day following but however it was temporary and lasted a few days. However, feelings of fear, anger, marginalization and discrimination tended to last a bit longer. Another study in Israel confirmed the stress that individuals faced before casting votes for their preferred candidates. This study measured the level of a hormone, Cortisol, in the body just before voting. It was noticed together with the general increase in baseline cortisol, there was also an increase of it just before the vote is cast. Cortisol is a stress hormone can affect our decision making process, enables risk-taking behaviour and can impede our memories.

In this current season we can’t end any discussion without touching on COVID-19. We know that COVID-19 started in Wuhan province in China in December, 2019 and has spread to almost all nations. It has caused about 50 million cases worldwide and 1.25 million deaths. Ghana has reported about 50,000 cases with 323 deaths. To say that the pandemic has been and is continuing to be stressful is an understatement. In the just-ended US elections, the current coronavirus outbreak was among the top four concerns on voter’s mind.

In the initial stages of the pandemic, the almost continuous announcements on COVID-19 protocols, misinformation, disinformation, the various conspiracy theories on social media, television, radio and billboards, the “lockdown” and self isolation served as a source of stress and anxiety. This is adds on to the stress and anxiety that the population is already facing in an election year. The elections cycle itself has an impact on the COVID-19 pandemic. Some local US elections was associated with an increase in COVID-19 cases 2-3 weeks later, as a matter of fact for every 10% of increase in voter turnout there was an associated 18.4% increase in coronavirus test rates 2-3 weeks later. A similar observation was made in France where participation in local elections was associated with an increase in mortality among the elderly population. An interesting observation made in French local elections showed that Incumbent politicians who enforced strict lockdown regulations stood a greater chance of being re-elected. In fact the tougher the lockdown, the more the local citizens rallied around the incumbent candidates.

As the election cycle is drawing to a close and campaigning is ending let us remember the stressful effects that it may have on us. What are some of the ways to reduce this stress-

• Check accuracy of information you receive.

• Avoid unnecessary arguments and debates especially when you are in line to cast your vote.

• No matter the outcome of the election keep a positive attitude.