Suspense still prevails over Kollywood Superstar Rajinikanth’s political plunge even after the actor met the Rajini Makkal Mandram (RMM) cadre on Monday at the Raghavendra Kalyana Mandapam in Chennai to reportedly discuss his next political step. Rajinikanth’s arrival in Tamil Nadu’s political battleground has been long-awaited and his entry will of great significance as Tamil Nadu heads to polls in the next seven months. Speaking to the media outside his Poes Garden residence, Rajinikanth said that views were exchanged with his district office-bearers during the meeting and that he would make his decision soon with the full support of his fans.

“I met the office-bearers. They expressed their views to me & I exchanged mine with them. Whatever decision you take we are with you my fans have said. I will make my decision as soon as possible”, said Rajinikanth speaking to reporters on Monday. 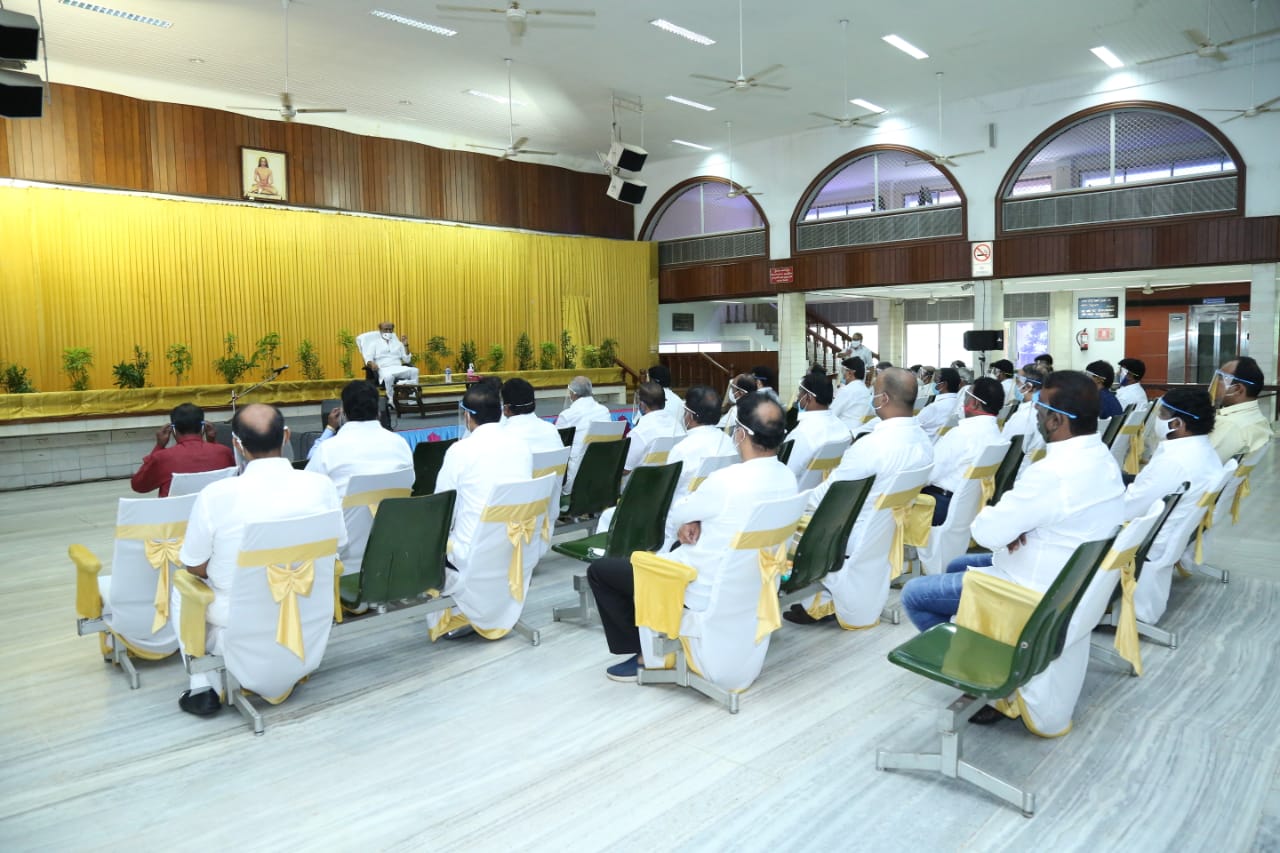 All necessary precautions against COVID-19 were taken before the meeting was underway between Rajinikanth and his cadre on Monday. The office bearers who were in the meeting with the superstar were also reportedly tested for COVID-19 prior to the meeting. Rajinikanth greeted his fans outside the Raghavendra Kalyana Mandapam after the meeting.

Earlier on October 29, Rajinikanth confirmed allegedly leaked reports of his ill-health to be true although the statement wasn’t his and that he would decide his next political step after holding talks with RMM cadre. With less than seven months to go for the polls and other major political players pitching up their campaign, Rajinikanth is expected to make a decision soon. Reports of a possible meeting between Home Minister Amit Shah and the Superstar did rounds, however, no such meeting happened. Instead, RSS ideologue and Thuglak Editor S Gurumurthy – a figure close to Rajinikanth – met the Union Home Minister, suggesting that the Superstar could have featured in the former’s talk with HM Shah.

Rajinikanth could very well be the wild card entry into Tamil Nadu’s electoral politics & it comes at a significant time when the incumbent AIADMK-BJP alliance, DMK-Congress-Left front and fellow Kollywood actor Kamal Haasan have already sounded the poll bugle and have begun campaigning. Last year, Rajinikanth revealed he would induct youngsters in his party, abolish unnecessary party positions & ruled out the possibility of him becoming the CM. Rajinikanth’s warm relations with the central leadership of the BJP is also something that cannot be overlooked & their alliance partner AIADMK will sure look to cash-in on the Superstar’s fame to retain power in the state.

In 2017, Rajinikanth announced his entry into politics, at a time when Tamil Nadu faced a vacuum after the demise of AIADMK chief Jayalalithaa and ailing of DMK chief M Karunanidhi. However, he did not contest the Lok Sabha polls last year. While Kamal Hassan launched his party Makkal Nidhi Maiyyam, Rajinikanth has not announced a party, instead reiterated that he will work for people of Tamil Nadu. He had, last year,  launched his own website ‘rajinimandram.org’ and a party logo. In a video message to his fans, the superstar had appealed to them to register to the website and help him develop Tamil Nadu. There are also reports that suggest that Rajnikanth was in talks with Hassan.

Assembly elections are due during April-May 2021 in Tamil Nadu. DMK lost power to archrival AIADMK in 2011 and lost the assembly polls in 2016 as well. Roping in poll-strategist Prashant Kishor for the upcoming elections, Stalin-led DMK hopes to return to power in the state. Meanwhile, the relation between the state units of ruling AIADMK and BJP have been strained over issues of ‘Vel Yatra’ though Amit Shah’s recent visit put speculations of any discord to rest with the parties affirming the continuance of their alliance.

READ | ‘Mistake Could Have Been Avoided,’ Says Rajinikanth On Approaching HC Over Property Tax Demand

December 7 polls will head to a run-off

December 7 polls will head to a run-off