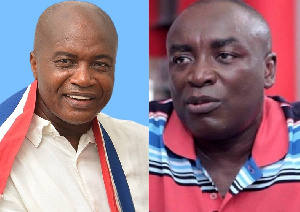 Our sources indicate that following the abysmal performance of the government in the just-ended elections, there has been the need to bring on board some of the old folks who have strong roots in the party in order to avert a disconnect that played to the disadvantage of the NPP.

According to a classified report, one of the reasons for the performance of the NPP in the just-ended election was due to poor connection of the appointees to the grassroots of the party as conceded by Assin Central MP, Kennedy Agyapong.

He believes that appointees’ arrogance gave the party problems in the 2020 elections as they constantly stayed off from the persons who worked tirelessly to ensure its victory.

The maverick politician says the party’s base was not treated fairly and going forward, it is imperative that such things do not happen.

He disclosed that contracts were given out to stalwarts in the NDC by Akufo-Addo’s appointees when people who had sacrificed for the party wallowed in impoverishment and pain.

“Some things make me angry. Can you imagine that even Rawlings was given contracts? Look at the way we treated the party people. Look at the work Akufo-Addo did, he cannot do everything that is why he appointed these people but arrogance is what they satisfied. When Rawlings coughs then they start to run.”

Meanwhile, the Ashanti youth is calling for more ministerial positions for the Ashanti Region. They argue that some appointees were based outside the country and only returned to take up appointments.

A number of Ashanti youths are also rooting for Kwabena Agyapong to be included as he has served the party so well over the years. As a former Campaign Manager for Nana Addo and former General Secretary of the party, it was in order that he is appointed into the government, they argued.

Sources also say since Stephen Ntim is from both Bono and Ashanti regions, and with his commitments and connections with the grassroots of the party, it will serve the party well if his effort is recognized in the second term of Nana Addo.

Dan Kwaku Botwe who is also the MP for Okere many argue, is also a grassroots man to the extent that he deserves even the position of chief of staff to help galvanize the party for victory 2020.

No lockdown for politics | The Star