For many people, he represents the refreshing face of politics, a man who is passionate about public service, driven by conviction, practical, level headed and one who hardly allows partisan considerations to cloud his judgement.

In a society where politicians face trust issues and struggle to carry almost everyone along, Dr Yaw Osei Adutwum hardly ruffles a lot of feathers and earned his stripes over the last four years to be entrusted by President Nana Addo Dankwa Akufo-Addo with, perhaps, the most strategic sector of his government — education.

Dr Adutwum, the NPP Member of Parliament for the Bosomtwe Constituency in the Ashanti Region, is the minister designate for Education the President is counting on to provide the right leadership to deliver the government’s human capital development agenda, which is by far critical to the giant developmental leap Ghana dreams of.

And who is better placed to head the ministry which gets the lion’s share of the national budget than a man who could be described as a consummate educationist, one who left his comfort zone in the USA in response to a call to serve his motherland.

If approved by Parliament, Ghana’s next Minister of Education would be a man who holds the conviction that education is one of the most important investments a country can make in its future. This is the reason why Dr Adutwum is very passionate about issues concerning education in the country.

In March 2017, Dr Adutwum was appointed by President Akufo-Addo as the Deputy Minister for Education. And just two years on he has distinguished himself in that role to be voted as the Best Performing Deputy Minister of the Year by two research bodies: Alliance for Social Equity and Public Accountability (ASEPA) and FAKS Investigative Services.

He gives practical meaning to leadership by example mantra. Even as a deputy minister, he would occasionally make time for the classroom to teach students his pet subject, Mathematics, and also the distant learning television channels.

Dr Adutwum is noted also for his unannounced teaching visits to schools just to ensure that the institutions are observing the COVID-19 protocols, as well as making the school environment a safe haven for both teachers and students. It comes as little surprise that he indicated during his vetting in Parliament that as education minister, he would remain a chief servant and a strong advocate for teachers because he belongs to their stock and understands the importance and dynamics of the profession.

In an interview with The Mirror, Dr Adutwum said he found teaching to be full of fun and explained that there was nothing more fascinating than interacting with schoolchildren to know their needs.

“Education is what has brought me this far and afforded me all the opportunities I have had. Born in the deprived town of Jachie in the Ashanti Region, my only lifeline was education. For me, it is important to bridge the gap among students across the board. For instance, children in the north should be able to perform just like those in the south since it is the same curricular.”

“We must begin to recognise that the gap is there and fix it by breaking the cycle of poverty and let the children know they stand the chance to be better than me in future,” he stated.

A Mathematics teacher in his past life, Dr Adutwum opens up on the need for teaching to be done in a manner that eliminates certain subject-related phobias among schoolchildren.

“Maths is fun and we use it in our everyday life, therefore, I find it strange when this interesting subject is made a daunting task for students to rack their brains.”

“It is time to break such phobia for subjects such as Maths, French and other science-related subjects such as Physics. Sometimes, as teachers, it is good to make subjects such as Maths very practical for children to follow. You can use the building at home or in the school to teach a child simple topic such as measuring length and breadth, or bowls, tables and other pieces of stuff around to teach the child shapes such as circle, square, triangle and rectangle. This will definitely remain on their minds forever,” he indicated.

He explained that for the fourth industrial revolution, getting children to appreciate such subjects would be helpful to produce a lot of engineers, scientists, medical doctors, among others.

“It is good to have General Arts or Visual Art students who can also boast that they know science. Visual Arts students, for instance, are very smart and creative yet we look down on them in our part of the world. How can we refer to people who create as dumb?”

“I know French is another subject some students have a phobia for. This is why there is a need to start learning at the lower primary level.

Can you imagine the number of French-speaking countries Ghana is surrounded by and yet we find it very difficult to express ourselves in French?” he queried.

He, however, used the opportunity to refute the rumour making rounds that Ga as a subject had been stopped in schools due to the lack of teachers to teach the subject.

“Our attention was drawn to a private school named Valley View University Basic School which wrote to parents of their pupils that they had stopped teaching Ga in their school. This does not extend to all our public schools. Indeed, there is the need to get more teachers for the subject but it has not been cancelled as speculated,” he emphasised. 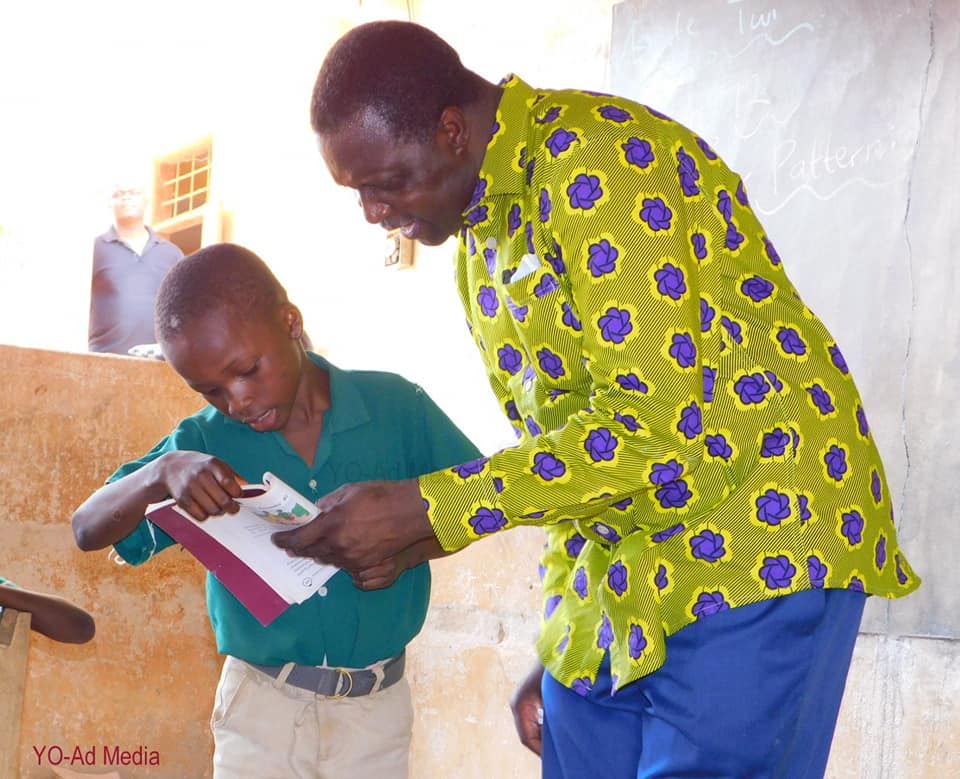 Dr Adutwum does not just talk about his passion for mentoring the next generation of scientists; he puts his money where his mouth is.

He is currently sponsoring over 40 underprivileged students from his constituency to pursue courses in engineering at the university.

The MP explained to The Mirror that he sponsored the students from his own pocket and not through the MP’s share of the Common Fund in order to bring to life his vision to ensure that the Bosomtwe Constituency got 100 engineers within the next 10 years.

“Engineers are critical thinkers. A country such as Vietnam produces about 100,000 engineers a year and it didn’t take place overnight, so it is a journey I am embarking on to make sure we also get a lot of engineers as the year roll by,” he noted. 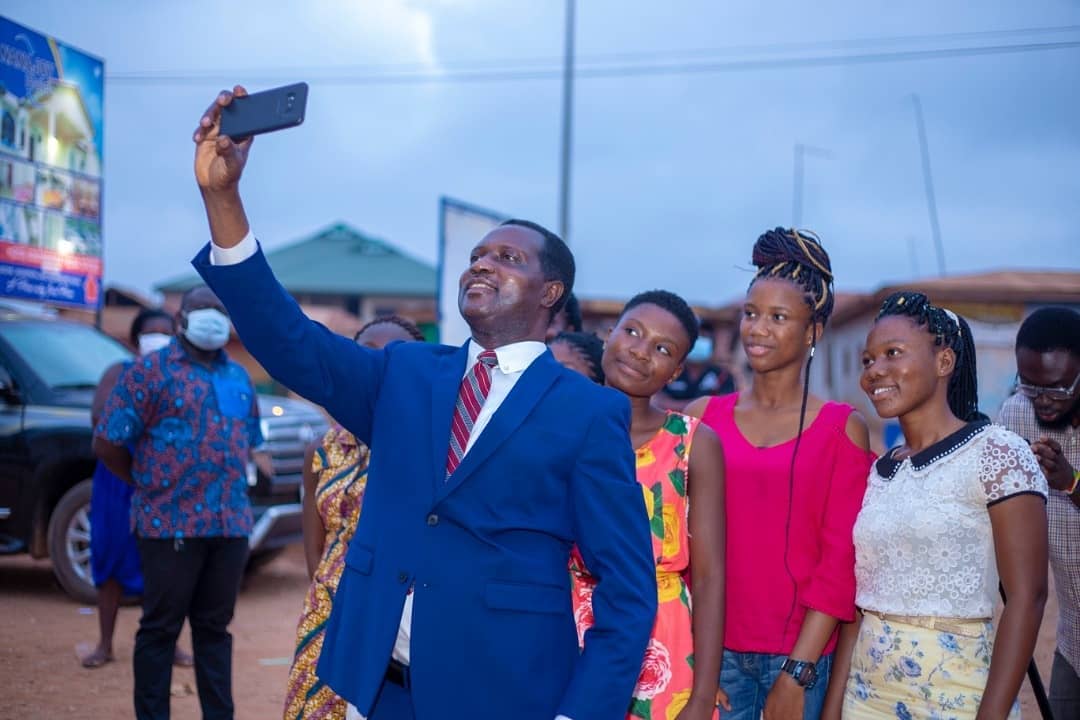 Dr Adutwum having a selfie time with some students

Having stayed in the USA for about 26 years, Dr Adutwum left his thriving educational institution to return home to be part of President Akufo-Addo’s team to help execute the Free SHS policy, which is one of the biggest ideologies of the New Patriotic Party.

He founded the New Designs Charter Schools, a tuition-free public charter school dedicated to providing a career-based, college-preparatory programme. With a population in excess of 2,000 students, his schools serve students in the sixth grade through the 12th grade who reside in urban communities located in southern Los Angeles in the USA.

Prior to setting up his own school, Dr Adutwum worked as a Mathematics and Information Technology teacher at the Manual Arts High School for 10 years and within this period, he founded the International Studies Academy, which served as a small learning community for students to thrive academically and socially.

Dr Adutwum was born to a cocoa farmer on April 9, 1964, at Manso Amenfi in the Amenfi Central District. He explained that his father was not a poor person per se, but during the off-season for cocoa, money became a challenge for the family.

“Because of the nature of the cocoa season, when I passed the Common Entrance Examination, my big brother Thomas had to sell his pig for ¢40 at that time for me to go to the Jachie-Pramso Secondary School in the Bosomtwe District in the Ashanti Region. From here, I gained admission for the Advanced Level at the Kumasi High School.”

He had his first degree in Land Economy/ Business Administration with a major in Real Estate from the Kwame Nkrumah University of Science and Technology in Kumasi.

Growing up, Dr Adutwum appeared to have enjoyed a strong family bond with his siblings, revealing that it was his younger brother who sponsored him to sojourn in the USA after his first degree.

Dr Adutwum is a devoted Pentecostal who loves to pray

When asked to assess his performance as the Deputy Minister of Education, he spoke about his satisfaction with many important interventions made but maintained that a lot more work needed to be done to fix the education sector.

“From crèche to the tertiary level, the implementation of several reforms has not been in vain. The successes achieved and the changes made in the education sector are enormous.”

“As I look back into time, through these pictures, I agree that I came, I saw and I am on course.”

He dreams of a Ghana where every child, regardless of the background — poor or privileged — would be afforded equal opportunity to access education. And as Minister of education, he hopes to champion Access, Equity, Equality and Reliance as the important pillars to drive the country’s education sector. 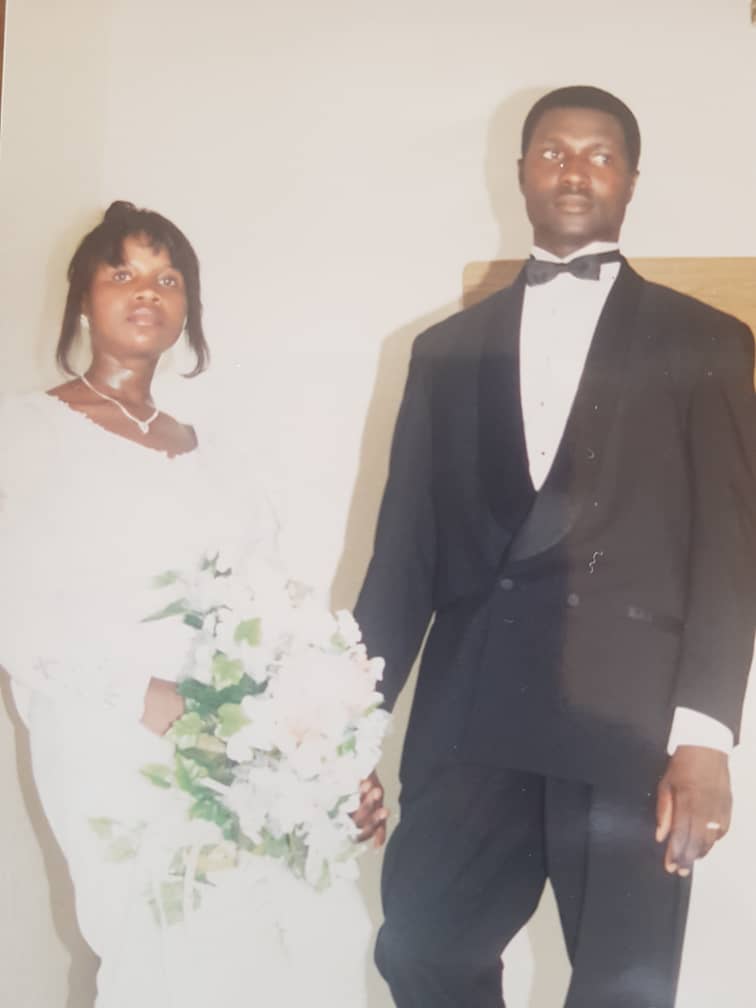 Dr Adutwum and his wife during their wedding 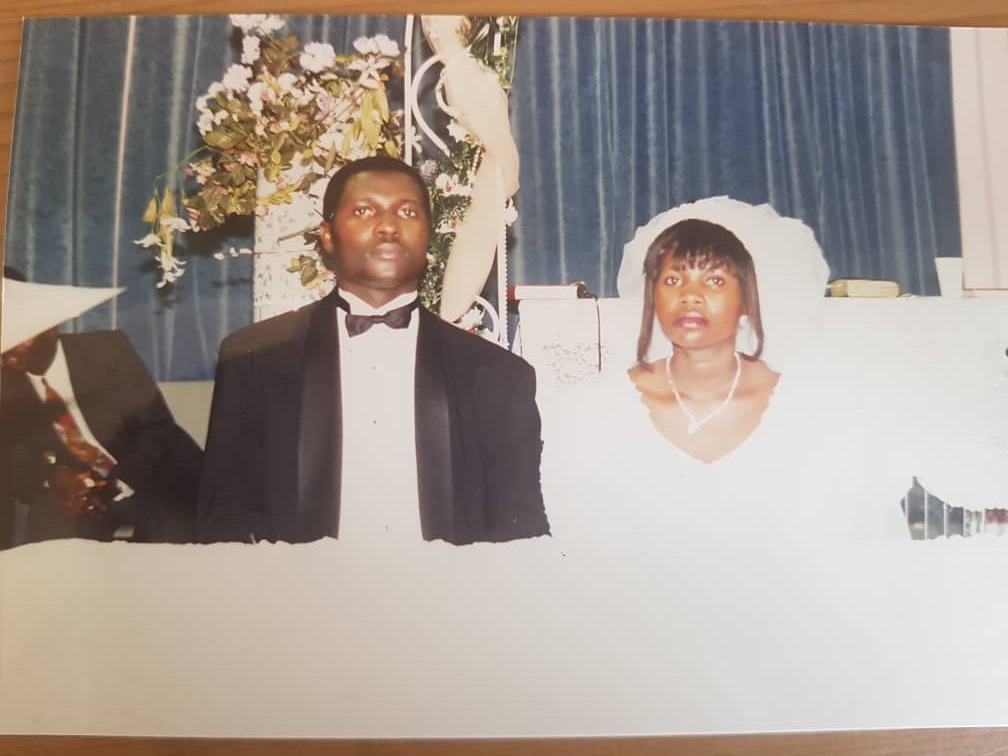 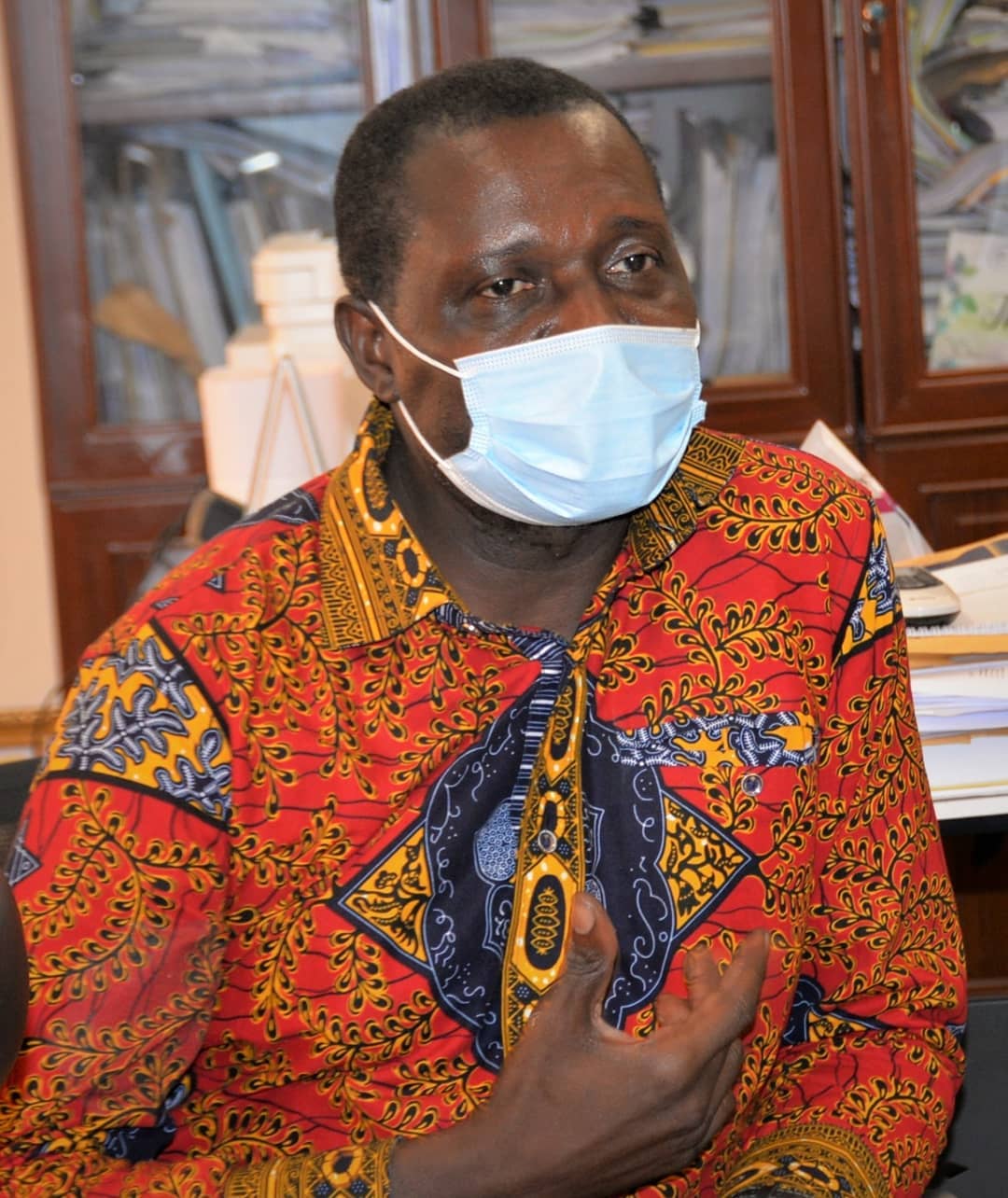 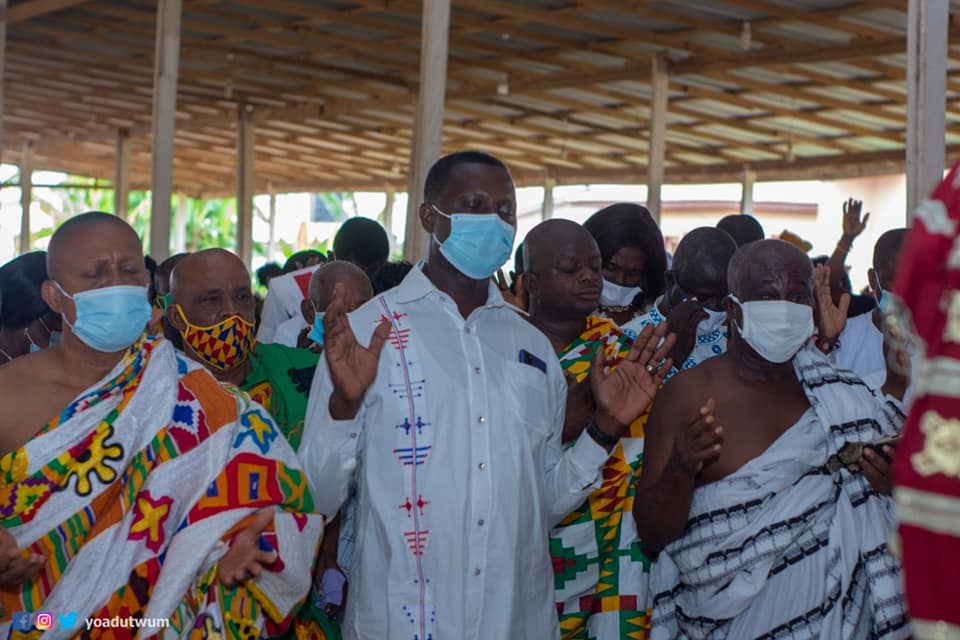 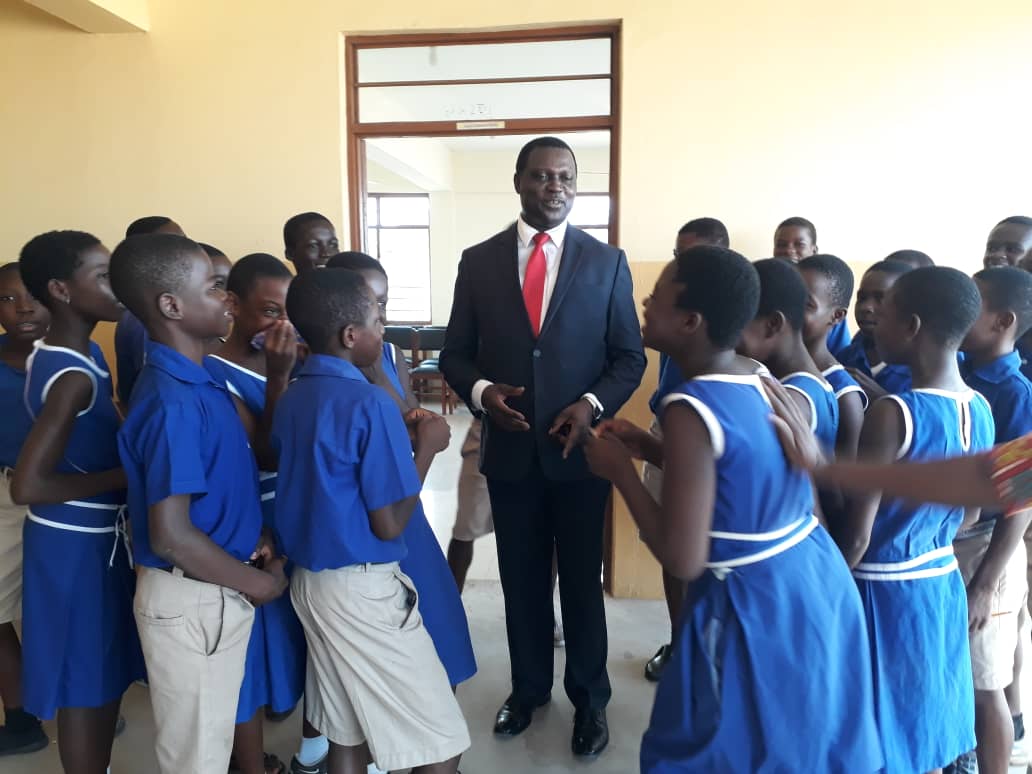 The Minister-designate with some of the underprivileged students from his constituency he is sponsoring to pursue courses in engineering at the university. 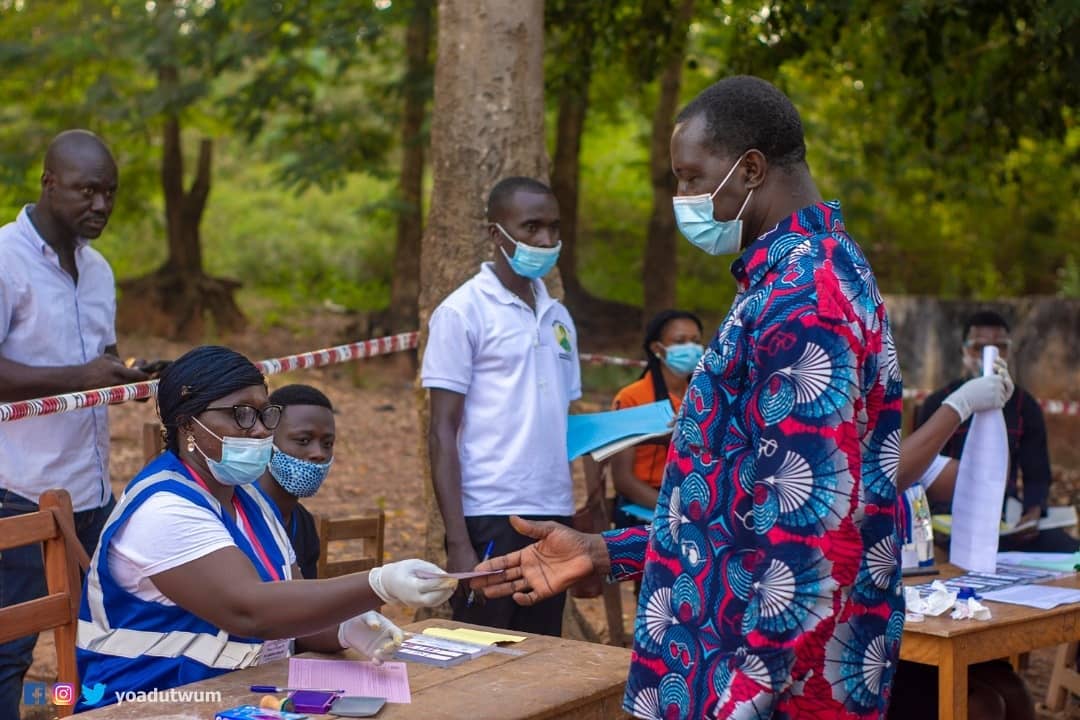 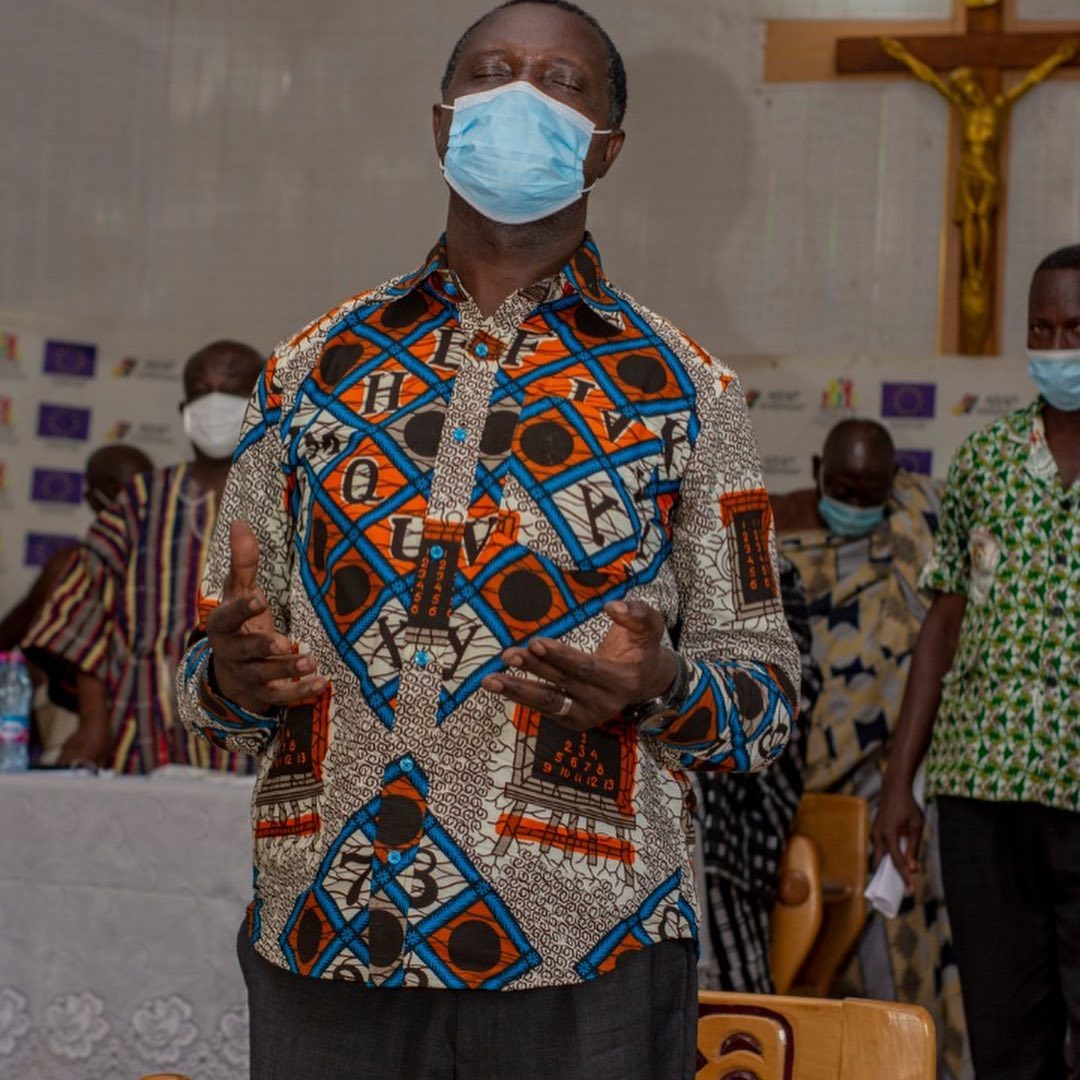 Conservatives accused of 'playing politics' in the House, raising questions about pandemic election